From the Ashes to a 21st Century Duke

The story of the development of the express passenger steam locomotive in this country is one of the search for speed, hence power within the constraints of the existing infrastructure, and with a keen eye on costs, high reliability and low maintenance. From its early days, the aims for the Duke of Gloucester were promoted by the image of a Phoenix carrying the inscription—Pro Potentia Vaporis—A Powerful Blast— and was demonstrated in its triumphant reincarnation.

As the last express steam locomotive, 125 years down the line from Stephenson’s Rocket, the Duke incorporated ideas and practices from the Big Four. In the choice of 3 cylinders we see the hand of LNER man J F Harrison who was also impressed by the final version of the British Caprotti valve gear as used on H G Ivatt’s Black Fives. The Duke was intended to incorporate all the best technology and produce the ultimate UK passenger design.

Tests had shown that the Duke’s cylinder efficiency was the best achieved in this country, but that, at the top end, its boiler performance was woeful. Despite the cylinder test results, it developed a reputation for being heavy on coal and water. Because of flaws in the design which it shared with other standards, piston ring wear was very heavy, leading to loss of steam tightness. The Caprotti gear performed admirably. 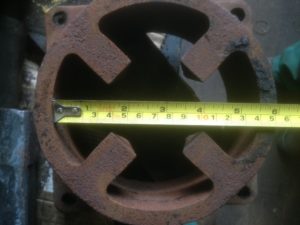 It was apparent from test bulletin that the Duke was over draughted. The adoption of the Kylchap system which, after minor adjustment, proved a complete success, with maximum output of steam rates of over 40,000 lbs/hr delivering 3,000 HP and more at the cylinders. Over the years it has erroneously been stated that the ashpan and draughting design was incorrect which was the reason for the Duke’s steaming limitations. Perhaps, understandably in the circumstances, the idea of a simple cock-up that answers all had its attractions, but this was without foundation. The ashpan as fitted in preservation was built to the original workshop drawing. For good steaming and a clear exhaust it is routinely operated with the rear damper fully closed or just cracked open. Clear testimony the damper area was, and is, more than adequate.

The Duke has proved himself to be the equal of the best in terms of the power he delivers, and he has firmly established himself as a star in the top rank of UK power. On today’s increasingly busy mainlines, locomotives with the Duke’s power are essential to move economic loads quickly out of the way of other traffic. Top class power is critical and both operators and fans alike need the Duke back on the mainline. 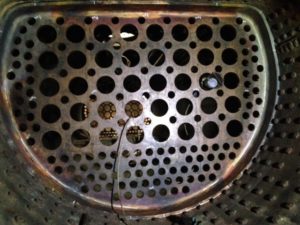 One strength of the Duke seldom touched upon is the high superheat enabled by the 5.5 inch diameter flue tubes. Under typical working conditions the steam temperature is around 50 or 60 degrees F higher than for a Duchess. All things considered, and the steam rate of 30,000 lbs/hr the drawbar horsepower advantage to the Duke at 70 mph is about 60, roughly equivalent to the proverbial “extra coach”. It is worth relating the following comment made by the late Mike Notley on the 27 August 2005 after arriving at Holyhead on a run from Crewe. “to accelerate this load of 13 coaches from the Britannia Bridge at 40 mph to 57 mph at mile post 244 was unprecedented, 50 mph would have been worthy of comment”.

There are however still ways to move the design forward. Reliability is crucial in today’s world, also the need to deliver top power in less favourable circumstances. Modern safety requirements for traction is also needed to be met, and more sensors would help deliver consistently reliable outputs. The areas of draughting efficiency, superheat and mechanical integrity are subjects to review. This rebuild aims to create a Duke that fulfils all its designer’s intentions in terms of performance and reliability and will incorporate new best practices needed for the 21st century mainline. The rebirth of the Duke from a rusting cannibalised hulk has proved a magnificent example of restoration and technical advancement but there is more that can be done.

Given the opportunity for another mainline innings, the best may be yet to come. The evolution of the Duke is not complete. It will look perfect in its original 1954 livery, but inside it will be a different Beast. Together we can ensure the fulfilment of the “Impossible Dream”.