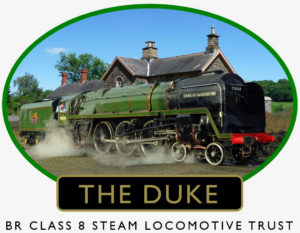 The only Locomotive to be built by British Railways specifically for working heavy express passenger services, class “8P” 4-6-2 No. 71000 was completed in Crewe Works in April 1954. It was then named “Duke of Gloucester” to commemorate the Duke’s presidency of the sixteenth International Railway Congress.

Design
71000 was designed at Derby, under the direction of Mr R. A. Riddles. It incorporates features not previously applied to British Railways locomotives; there are three cylinders and the steam distribution is by British Caprotti valve gear. It was intended to be the prototype for a class of locomotives that would provide the traction for express trains until the introduction of electric traction. However in 1955 the Government introduced their “Modernisation Plan” to use diesel traction to replace all steam locomotives until they too could be replaced by electrification. All interest by BR in the Duke then ceased and he was left as the unique example of the final development of BR steam locomotive design. 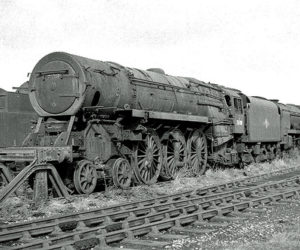 value. This was the time when the fledgling preservation groups were beginning to take an interest in restoring locomotives. Locomotives in the best condition, requiring the least money spent on them were the ones that attracted the most interest. However, a schoolboy who had taken an interest in the Duke thought that such a unique example of steam history could not be allowed to disappear. He wrote an open letter to various railway magazines explaining how he felt. He received a reply from a Colin Rhodes who thought this should be followed up.

The dream beckons
When Colin approached people for help they flatly refused saying that to restore such a wreck would be “AN IMPOSSIBLE DREAM”. This served to encourage Colin to prove them wrong and with a small group of volunteers set about the formidable task of restoration, the likes of which had never been attempted before. After 13 years of very many setbacks, the restoration at the Great Central Railway was completed and the Duke returned triumphantly to the mainline in November 1986. This herculean effort proved what was possible given the right level of commitment and determination, providing encouragement for many subsequent restorations and ‘new builds’ that have followed. The drawing below was printed in the Eagle comic during 1955 and perhaps it was this that encouraged the schoolboy to write his open letter.

Overhauls and the future
Since that initial rebuild, the Duke has run on the mainline and had two further major overhauls. He is currently undergoing another major overhaul at the Tyseley Locomotive Works, his return to the mainline was planned for 2019 but the Covid-19 pandemic has seriously delayed the overhaul. We are now looking at autumn 2021 for completion at which point a partnership agreement between the Trust and Vintage Trains will see the Duke hauling express trains once more. Members of the Trust might also consider becoming a Friend of Vintage Trains giving discounts on Vintage Trains outings.

Join us for the next instalment of the ‘Dream’
Play your part in the Duke’s future and ensure that this unique piece of BR steam locomotive history is maintained in running order. Please help us to ensure that everyone may see the Duke hauling passenger trains on the mainlines by becoming a member of the BR Class 8 Steam Locomotive Trust online here. Alternatively, you can download a Membership Application Form (PDF) or write to us at: The Duke; BR Class 8 Steam Locomotive Trust, Aurora House, Deltic Avenue, Rooksley, Milton Keynes MK13 8LW or speak to any of our members. Which ever option you choose you will receive a very welcome as a member of our ‘family’.

Offer for members
We currently have an offer, for our members only, a trip on the Duke’s first mainline outing on a loaded test run departing from and returning to Tyseley. Exclusive tickets for this run, of around 150 miles, will be just £10 per member. This, like the Duke, is a unique offer which is not to be missed. We expect this run to take place towards the middle of 2021. 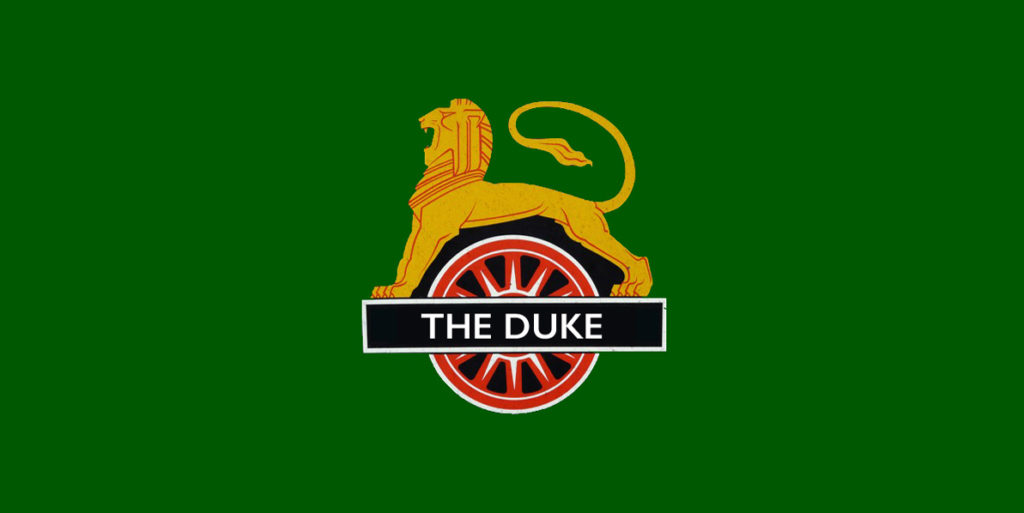